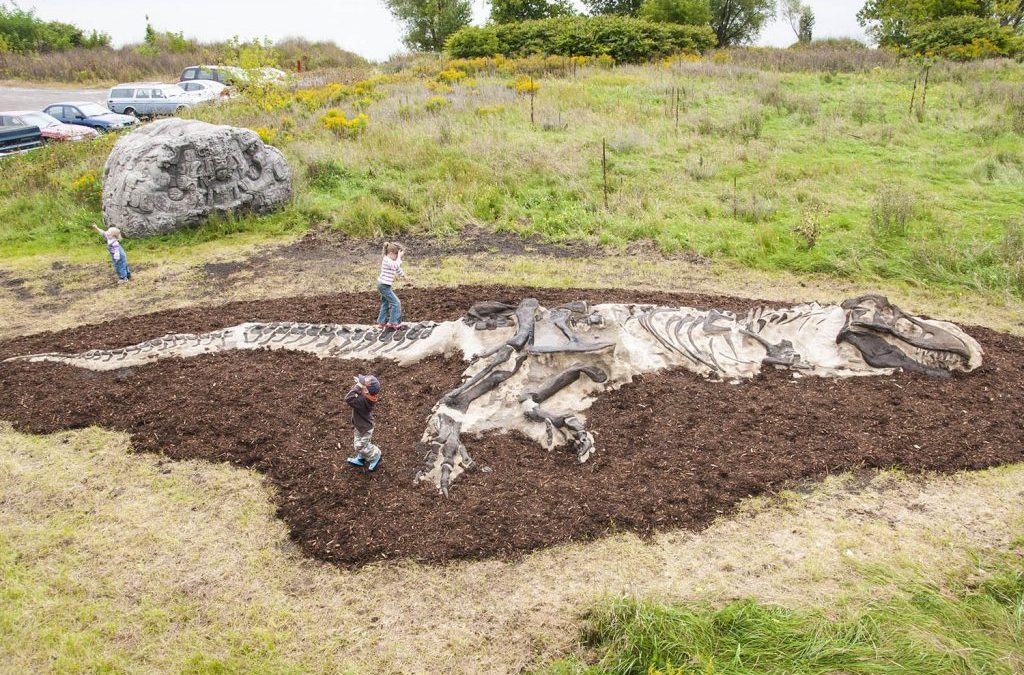 Children’s dynamic minds crave for new things all the time. This has caused a shift from traditional playground equipment to creative and unconventional ones. Therefore, it has become necessary for playground equipment manufacturers to innovate continually and roll out creative products for children. One such product is a Dinosaur themed playground. It comprises equipment that resembles the intriguing pre-historic creatures-dinosaurs.

Some dinosaur-themed equipment is:

Allosaurus, meaning “different lizard”, roamed the planet 155-145 million years ago. Children can pretend to be paleontologists and discover this amazing Allosaurus buried under sand.

The Ankylosaurus was an armored tank kind of dinosaur that lived 68-66 million years ago.

The Coelophysis Dig is a smaller dinosaur dig easily suitable for any sand pit or even sandbox near a playground or on its own.

The mastodon is huge, divided into three sections. children can dig up various parts of its bone accurate skeleton.

The Pachycephalosaurus means “thick-headed lizard.” It roamed the earth in the late Cretaceous Period 70-66 million years ago.

Saurornitholestes means “lizard-bird thief” because its skull had physical similarities to modern birds.

This T-Rex skull was created using casts from molds taken from the original fossil of the Museum of the Rockies in Bozeman Montana.

Molded off of original museum pieces this small cache of eggs is how the Troodon laid its young 65-75 million years ago.

The Protoceratops was a plant-eater that roamed earth 83 to 70 million years ago.

A scientifically accurate cast of a Stegosaurus. This life-size dig will amaze kids as they slowly uncover the bones.

The Struthiomimus lived 65 million years ago. It had no teeth and lived off insects, plants, fruit, and small lizards.

This T-Rex dig was cast off the second most complete T-Rex specimen in the world. This is the T-Rex on display at the Chicago museum. Bury this skeleton under sand and watch children be amazed as they uncover this huge life-size T-Rex.

One of the coolest climbers made out of Triceraptor fossil. It gives children the feeling of climbing on a real dinosaur.

What makes them the favorite choice of children?

Scientifically accurate Dinosaur digs and climbers are casts of dinosaurs displayed in museums around the world. Children who live in towns with no access to museums can enjoy dinosaur skeletons right in their playground. Nevertheless, durable outdoor signage is offered, of the specimen and provides an explanation as to where the skeleton was originally found and the importance of the skeleton to the science of paleontology.

You don’t need to worry about your children’s safety with CSA and ATSM certified equipment.\

The digs are cast in durable fiberglass reinforced concrete and color is embedded into the cast to ensure that they will never fade or break down.